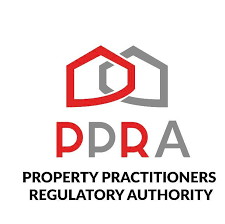 , 30 June 2022
CLARITY OF WHETHER OR NOT THE STANDARD OF TRAINING OF ESTATE AGENTS REGULATIONS OF 2008 ARE STILL APPLICABLE FOLLOWING THE COMING INTO EFFECT OF THE PROPERTY PRACTITIONERS ACT, No.22 OF 2019
Following the coming into operation and effect of the Property Practitioners Act, No.22 of 2019 (the PPA) on 1 February 2022, some industry bodies were of the view that the Standard of Training of Estate Agents Regulations of 2008 (the Education Regulations), are no longer applicable as we now have new PPA Regulations. The Property Practitioners Regulatory Authority (the PPRA) received an avalanche of queries in this regard from the industry.
However, the PPRA held a contrary view in light of the provisions of section 75(6) of the PPA which simply provides that all regulations made in terms of the Estate Agency Affairs Act No.112 of 1976 remain of full force and effect as if they were made in terms of the PPA.
If the view of the industry bodies prevailed, it would have meant that the standard education requirements for property practitioners to attain NQF4 & 5 Real Estate qualifications fall away and there is nothing in their place considering that the PPRA still in the process of conducting consultations in order to establish new qualification standards as provided in the new PPA Regulations. That would have also meant that the PPRA will not be in a position to conduct Professional Designation Examinations which are premised on the same qualifications. This would have had serious ramifications for the entire industry and the economy.
In order to provide a legally unassailable and correct position to the property sector, the PPRA sought a legal opinion to clarify this issue. The legal opinion was received and it agrees with the stance of the PPRA. Effectively, the Education Regulations of 2008 are still applicable and of full force, and as such, the standard education requirement for property practitioners to attain NQF4 or NQF5 Real Estate (whichever is applicable), is still applicable and in operation until such time that the PPRA develops new qualification standards.
The PPRA would also like to confirm that it has already commenced consultations with various industries as required in terms of the new PPA Regulations. The process of consultations is meant to yield the establishment of, amongst other things, the new qualification standards and the new standard of training.
Best Regards
Property Practitioners Regulatory Authority
Categories: Uncategorized

Please confirm you want to block this member.

You will no longer be able to:

Please allow a few minutes for this process to complete.

You have already reported this